Home » Entertainment » What to Watch » Romantic Movies for Couples Perfect for Date Night!

Some days, we just need to spend time reconnecting with our significant other.  The week is long.  The kids are annoying. Date night doesn't have to mean expensive dinners out or trips to a crowded movie theater.  These romantic movies for couples will make date night inexpensive and enjoyable!  Make a few appetizers together.  Grab a blanket. Get those kids to bed early!  Choose one of these romantic movies for a fun date night in with your partner. 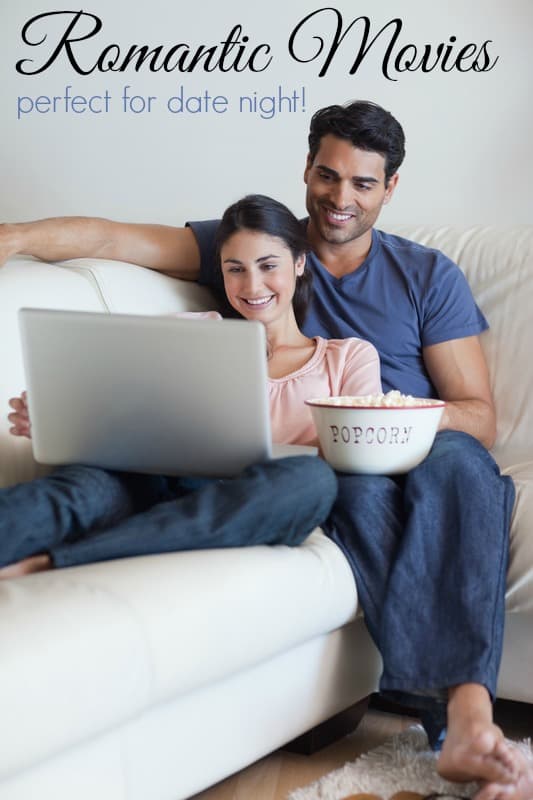 Let me just say that some guys INSIST that they hate romantic movies.  They only want to watch blood, gore, violence, car crashes and explosions.  Okay, well, if you also love those things then maybe you should skip these romantic movies for couples and just choose something else. However, buildings blowing up and aliens crawling out of people's bodies just really doesn't inspire feelings of affection. At least not in ME!

Planning an evening of romance? I encourage both of you to sit down with a bowl of homemade brown bag microwave popcorn and give a few of these romantic movies a shot.  I tried to include movies that weren't TOTAL chick flicks. Let me  know if you have other suggestions.

Check out these movie reviews: 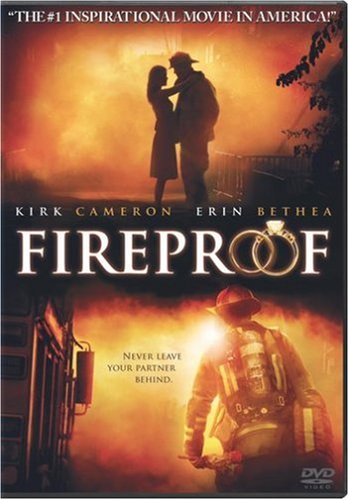 Which are the best romantic movies?

Fireproof (if you like dramatic romantic movies for couples, this is a good choice!)

In one sentence:  Guy really screws up and wife is about to leave him so he tries to get his act together.

A feel-good drama, Fireproof has a strong agenda: stay married, lead an honest life, and let your faith in a higher power help guide you. A still boyish-looking Kirk Cameron (Growing Pains) stars as Caleb Holt, a mercurial-tempered firefighter whose marriage is on the rocks. He clearly enjoys his status as a hero, but it comes at the expense of his marriage. His wife Catherine (Erin Bethea) is tired of the distance and wants him to make more of an effort at home, rather than surf porn on the Internet and hoard his earnings toward his dream fishing boat instead of helping out her disabled mother. Faced with impending divorce, Caleb's dad challenges him to follow the "40-day love dare," in which each task (cook her dinner, say nothing negative, etc.) is meant for him to better understand love and commitment and try and win his wife back.  Cameron does a fine job of making Caleb real and believable, even when we're not always liking him. Though saddled at times with maudlin lines, Cameron adds emotion and range to his role. 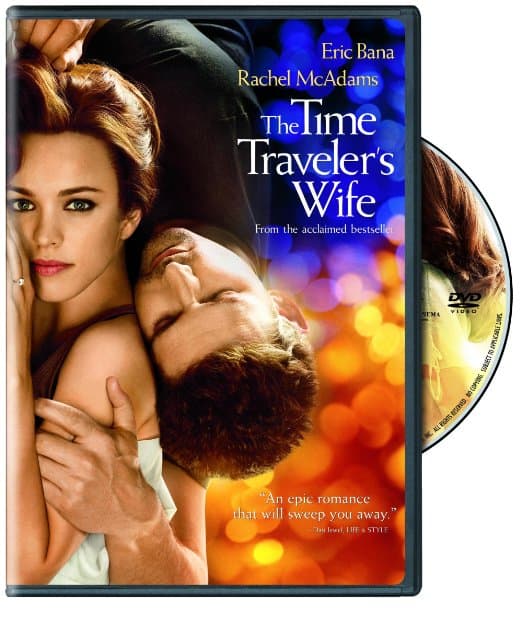 The Time Traveler's Wife (If you like romantic movies for couples with a bit of science fiction thrown in, try this one!)

In One Sentence: A man is born with a horrible condition where he travels through time involuntarily and during his adventures meets and falls in love with his wife.

What if you suddenly, unpredictably and uncontrollably traveled through time? Life can be harrowing for a time traveler, but in this romance about the victory of love over age and time, life is even more challenging for The Time Traveler's Wife. Clare (Rachel McAdams--Wedding Crashers, The Notebook) has been in love with Henry (Eric Bana--Troy, Munich) her entire life. She believes they are destined to be together, even though she never knows when they will be separated: Henry is a time traveler--cursed with a rare genetic anomaly that causes him to live his life on a shifting timeline, skipping back and forth through the years with no control. Despite the fact that Henry's travels force them apart with no warning, and never knowing when they will be reunited, Clare desperately tries to build a life with her one true love. 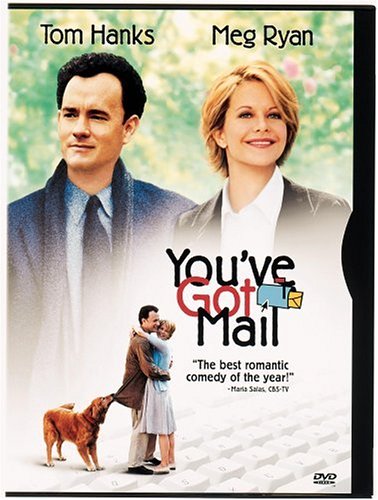 You've Got Mail (Romance in the digital age!)

Starring: Tom Hanks andMeg Ryan
In One Sentence: Can we fall in love with someone we met online?

Struggling boutique bookseller Kathleen Kelly (Meg Ryan) hates Joe Fox (Tom Hanks), the owner of a corporate Foxbooks chain store that just moved in across the street. When they meet online, however, they begin an intense and anonymous Internet romance, oblivious of each other's true identity. Eventually Joe learns that the enchanting woman he's involved with is actually his business rival. He must now struggle to reconcile his real-life dislike for her with the cyber love he's come to feel. 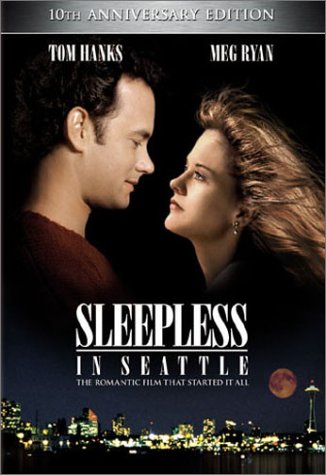 Sleepless in Seattle  (One of the best romantic movies on Netflix!)

Starring Meg Ryan and Tom Hanks
In One Sentence:  Hugely popular romantic comedy from 1993, about a recently engaged woman (Meg Ryan) who hears the sad story of a grieving widower (Tom Hanks) on the radio and believes that they're destined to be together.

Tom Hanks and Meg Ryan star in Nora Ephron's wonderfully romantic comedy about two people drawn together by destiny. Hanks stars as Sam Baldwin, a widowed father who, thanks to the wiles of his worried son, becomes a reluctant guest on a radio call-in show. He's an instant hit with thousands of female listeners who deluge his Seattle home with letters of comfort. Meanwhile, inspired in equal parts by Sam's story and by classic Hollywood romance, writer Annie Reed (Ryan) becomes convinced that it's her destiny to meet Sam. There are just two problems: Annie's engaged to someone else and Sam doesn't know yet that they're made for each other. Co-starring Rosie O'Donnell, Rita Wilson and Rob Riener. 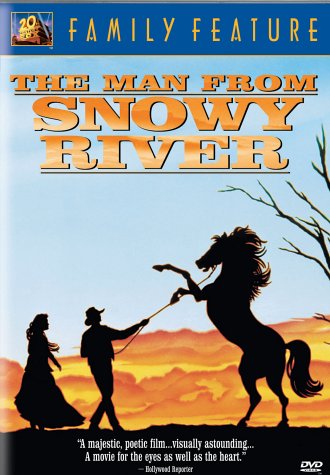 The Man From Snowy River (A little romance down under in this one!)

Starring: Kirk Douglas and Tom Burlinson
In One Sentence: Set in the 1880s in the sweeping Australian outback, the movie follows a young man who has a way with horses trying to keep his family farm together.

With its unforgettably heroic story, its stunning cinematography, and acting performances that are uniformly excellent, THE MAN FROM SNOWY RIVER is one thrilling adventure you won't want to miss. Set during the 1880's, when the Australian frontier was as wild and dangerous as the American West, the film follows the exploits of a handsome youth (Tom Burlinson) who sets out to tame a wild herd of horses. Taking on a challenge many men had attempted before him, he rides deep into the treacherous and untamed wilderness of his native timberlands where boys become men fast - or die trying. Featuring Kirk Douglas in a remakable dual role and highlighted by a climactic chase involving 40 horsemen and 90 wild stallioins thundering across snow-covered peaks, THE MAN FROM SNOWY RIVER is destined to become a legendary film! 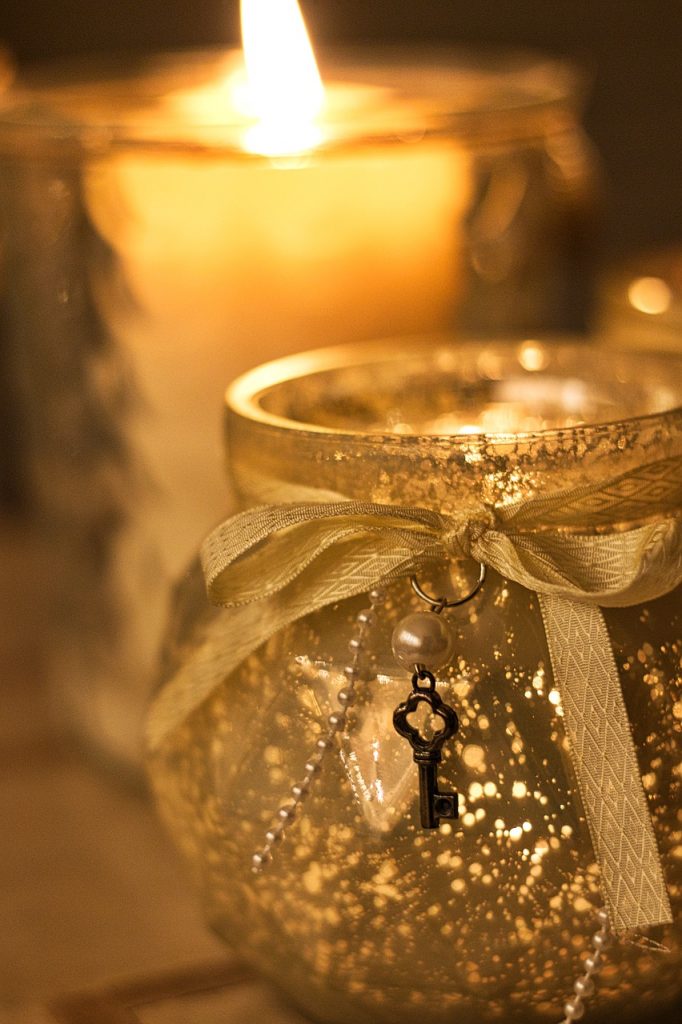 Have a Romantic Date Night at Home!

Marriage isn't easy.  Parents get overly involved in their kids lives.  As a result, it's easy to push your marriage to the back burner.  A romantic date night may be just the thing your relationship needs this month.  Skip the pricey diamonds and too crowded restaurants.  Make a romantic meal for two, rent a romantic movie, and snuggle up under a warm blanket.  And don't wait for Valentine's Day for a romantic date night.  Watch a good romantic movie any time of the year.

Have any other romantic movies for couples to recommend?