Home » Entertainment » What to Watch » The Longest Ride will have you crying big, ugly tears!

The Longest Ride (2015 PG13) will have you crying big, ugly tears.  After an automobile crash, the lives of a young couple intertwine with a much older man, as he reflects back on a past love. 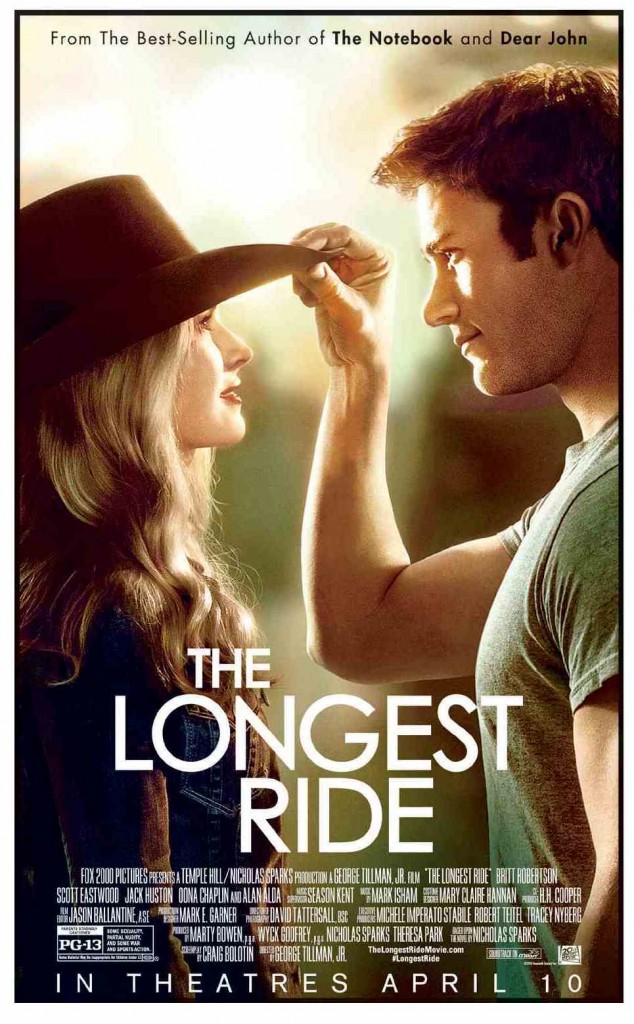 Based on the bestselling novel by master storyteller Nicholas Sparks, THE LONGEST RIDE centers on the star-crossed love affair between Luke, a former champion bull rider looking to make a comeback, and Sophia, a college student who is about to embark upon her dream job in New York City’s art world.  As conflicting paths and ideals test their relationship, Sophia and Luke make an unexpected connection with Ira, whose memories of his own decades-long romance with his beloved wife deeply inspire the young couple.  Spanning generations and two intertwining love stories, THE LONGEST RIDE explores the challenges and infinite rewards of enduring love.

Set in North Carolina, Luke and Sophia come from very different words.  Sophia is a senior in college who is getting her degree in art.  She has big plans to move to New York in 2 months for a prestigious art internship.  Luke is a former champion bull rider trying to make a comeback after an injury in the ring.  Bull riding is all he knows, having grown up on a ranch as the son of a bull rider himself.  He is down to earth, blunt, and definitely not polished around the edges.

Sophia and Luke meet at a bull riding event while she is out relieving stress with her sorority sisters.  Despite their different backgrounds and the impossibility of a future together, they start falling for each other.  Their lives become intertwined with that of an old man (Ira, played by Alan Alda) and the movie flashes between the current love affair between Luke and Sophia and the past love of Ira and his beloved wife.  The love between these couples and the lessons they learn together are truly touching and by the end of this movie I guarantee you will have tears in your eyes! 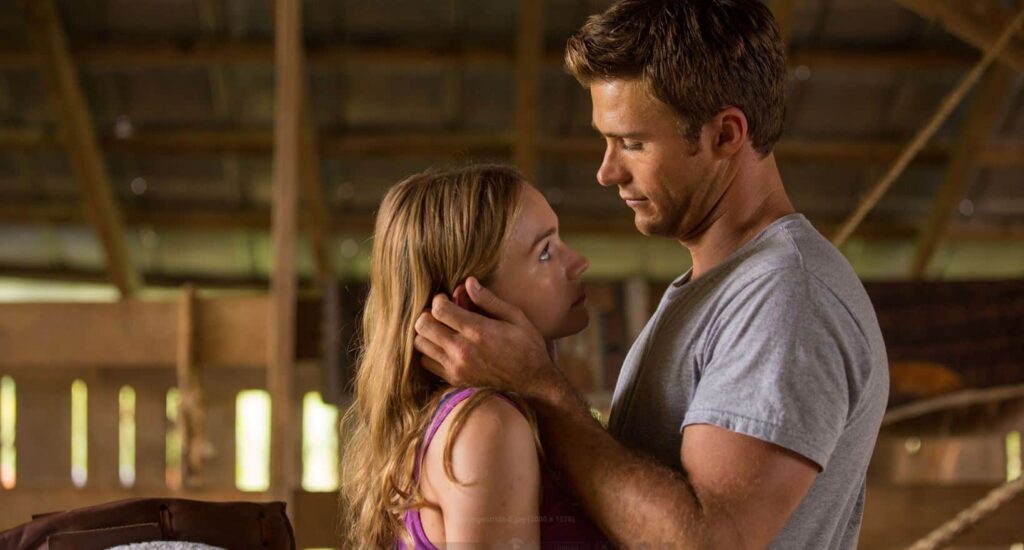 I loved Luke, despite how hard headed he was.  Determined to keep the ranch in the family and make something of himself, he was gritty and slightly single minded. He is also REALLY nice to look at!  Sweet, romantic, tender, and an all around decent guy.  Yes, he got a bit blinded by his own priorities there for a while but thankfully came to his senses just in time.

Sophia I wasn't thrilled with but didn't dislike her either.  Typical well off sorority girl, although a bit more down to earth and fun than I expected.  She was shocked, I think, by Luke's honesty and didn't really get why he was so determined to keep riding.  She did love him, however, but just couldn't see a future working out between the two of them.

Ira was an amazing old man and hearing his story was incredibly touching. Watching as he fell in love with Ruth was sweet and seeing them learn to make sacrifices for one another really shows what true love is all about.

The storyline of The Longest Ride is really rather simple.  It's all about falling in love, learning to compromise, setting priorities, and learning that sometimes life isn't perfect.  This is a feel good romantic drama and I found that the actors all did an amazing job at drawing you in and really making their emotions shine through.  There is tenderness and passion, anger and frustration, and a whole host of other emotions portrayed in The Longest Ride. The story of Ira and Ruth portrays the old fashioned chivalry that was alive in the 1940's.  And I must admit, Luke is quite chivalrous himself.  A good old fashioned cowboy who's mama raised him right, let me tell you!

Notes from a Mom

My daughter is 13 and is now allowed to watch PG13 movies, although I am always a little worried about what the 'movie people' think PG 13 should look like.  There are a couple of sex scenes which I think should have been not included.  You see them in the shower together and in bed, although the most you see is a flash of boob and a naked boy butt.  That one enticed massive giggling by the teenager.  If you plan on watching The Longest Ride with kids much younger than 13 you might want to be ready to cover their eyes a couple of times.

Overall The Longest Ride is a great movie with a wonderful message about what love truly means.

« Raspberry Vodka Mojito Recipe and Everyday Reasons to Celebrate
10 Uses for Tea Besides Drinking It with Breakfast! »