I just finished making this German chocolate brownies recipe and seriously don't think I can wait for the frosting to firm up before I cut into one and devour it!

My husband and I are having an Oktoberfest party tomorrow night so I wanted to make a nice German dessert recipe to go with our Bratwurst and German beer.

I came across several recipes for German Chocolate Brownies and they looked absolutely divine.  Don't these just make your mouth water? 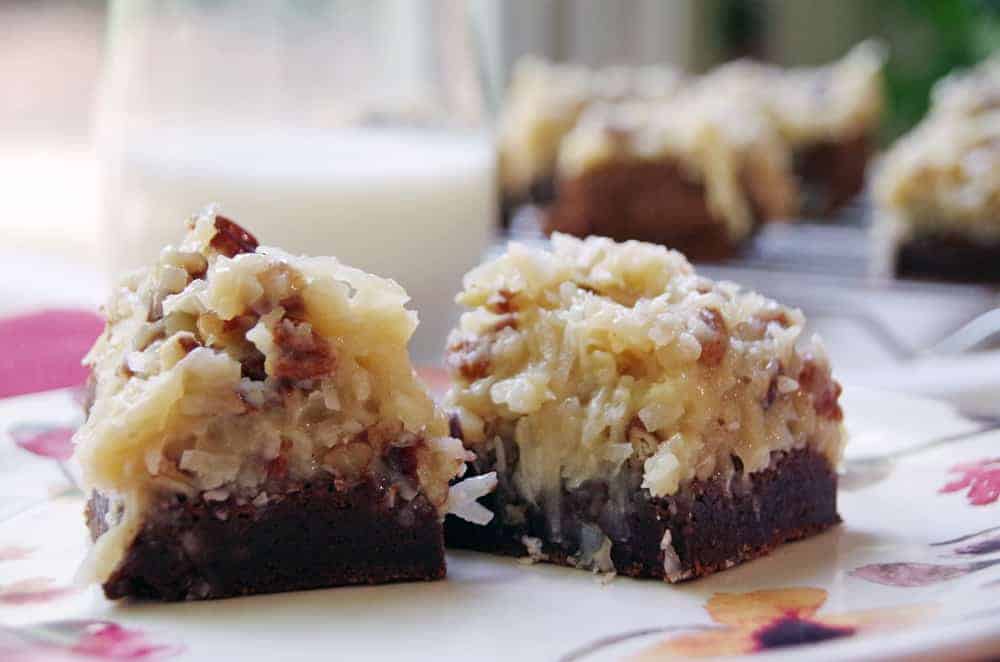 The secret to this German chocolate brownies recipe is really the frosting. You can make any old brownie recipe you want as long as you top them with this coconut pecan frosting.

I will include the recipe for the brownies that I made but you can certainly use a boxed brownie mix if you prefer.  It will cut back on the mess and honestly, most boxed brownies are pretty tasty.

If you are looking for more easy desserts, try a few of these: 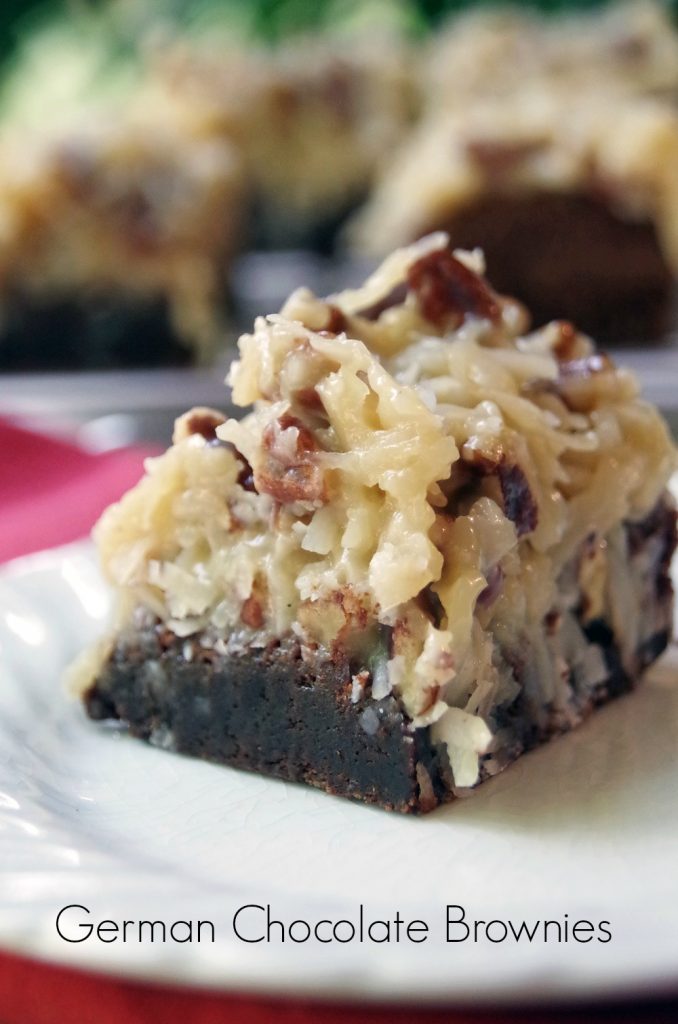 The secret to delicious German Chocolate Brownies is the frosting.  Make these homemade brownies (or choose your favorite boxed mix), but don’t skimp on the made from scratch coconut pecan frosting!

Love this German Chocolate Brownies Recipe?  You might enjoy this recipe, too! 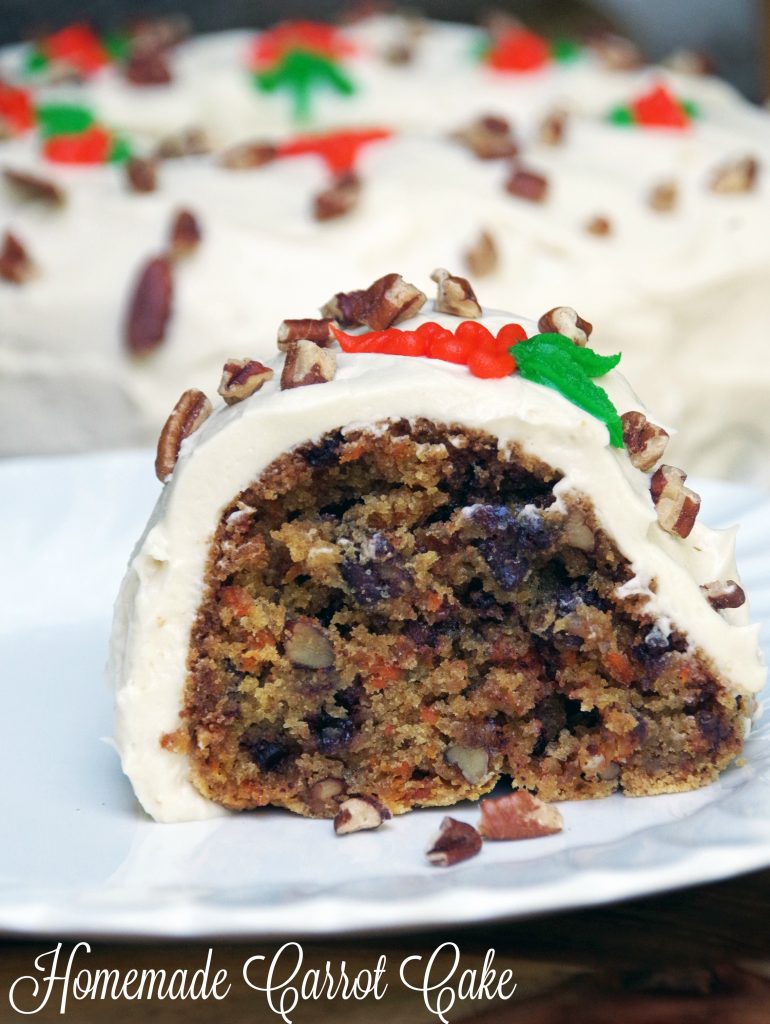