Are you worried whether or not you are adding the healthiest type of salt to your diet?  Every time I go to the grocery store I am amazed at how many foods are pushed as 'low in sodium'. You have everything from low sodium canned soups to unsalted crackers. Websites and cookbooks tell us how to reduce our salt intake and commercials tell us how bad sodium is for our blood pressure. Here is a news flash for you...salt makes things taste better! Honestly, wouldn't you rather eat your French fries with a sprinkling of salt on them? Would your potato chips taste quite as yummy without a salty seasoning? Salt is not necessarily BAD for us but we are making bad food choices in general...which in turn leads to things like weight problems and high blood pressure. Fewer processed foods and making smarter salt choices are important for a healthy diet. Keep reading for more information about the healthiest salts and some affiliate links if you would like to buy them. 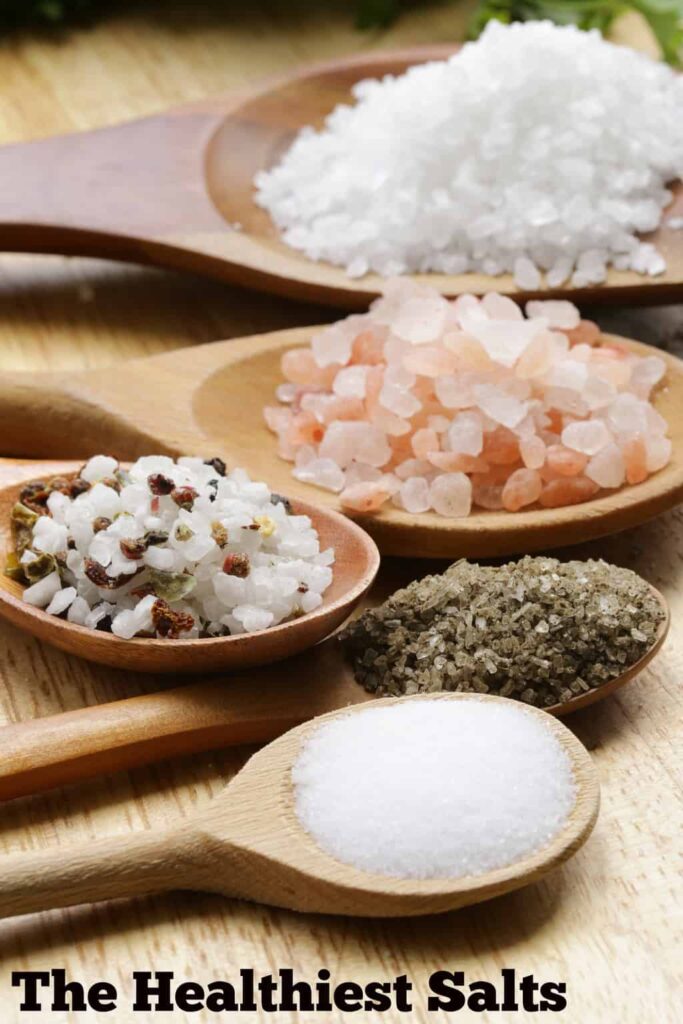 What is the healthiest type of salt?

So, you COULD grab that can of low sodium canned soup or you could make your own soup from scratch and add your own salt to it (which is really NOT all that difficult!)  I can pretty much assure you that your recipe will use a lot less salt than is found in that processed canned soup...even the low sodium variety. Same goes for flavored rice, gravy, and many other prepackaged foods. Companies put the salt IN it to hide the fact that the food itself is rather flavorless.

If you have decided to ditch the processed foods in an effort to eat healthier, do not be afraid to add a small amount of salt to your recipes! Did you know you have choices when it comes to the salt you add? There are a ton of different types of salt in the grocery store but which one is the healthiest type of salt?  Here are a few salts you may find in the grocery store: 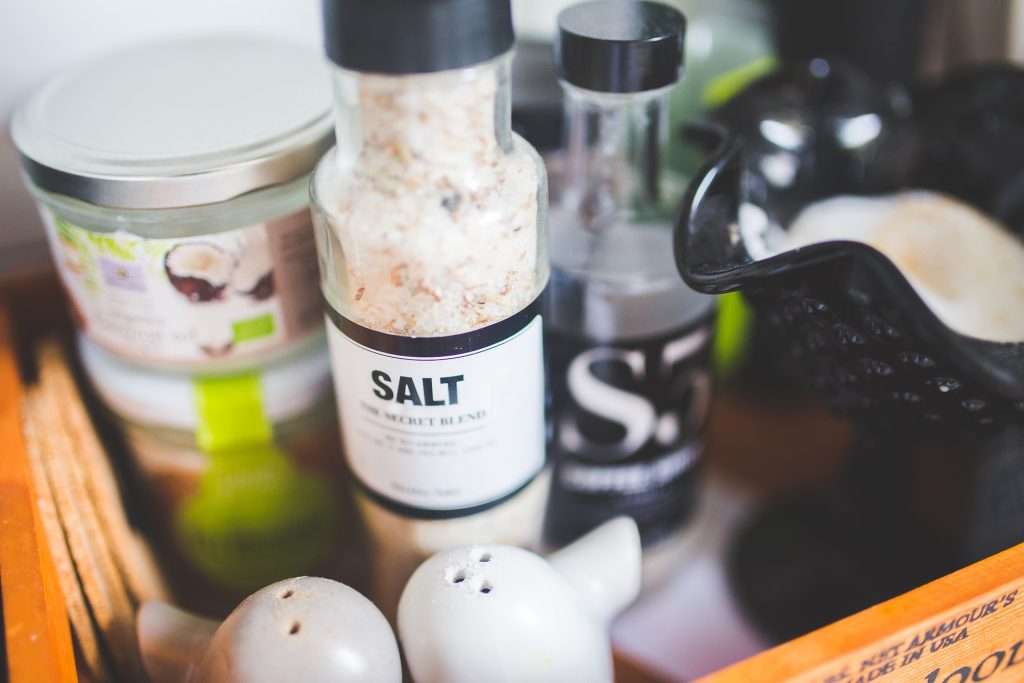 Iodized Salt:  This is a form of table salt that is fortified with iodine which is lost during processing.

Kosher Salt: Used for just about all types of cooking, it has a very course texture and dissolves quickly.

Crystalline Sea Salt: Can be fine or course and originates from the ocean as the name suggests. Slight impurities give it a range of flavors and colors depending on the source.
Flaked Sea Salt:  Best on steamed vegetables or shellfish.  Take a pinch, crush the crystals between your fingertips,  and  sprinkle on freshly cooked food.  Dissolves very quickly.

Fleur de Sel:  Comes from coastal salt ponds in France and is harvested by hand.  Has an earthy flavor to it.

Bamboo salt:  This is made by roasting sea salt in bamboo cylinders plugged with yellow mud.  The salt absorbs minerals from the bamboo and mud, which in turn leach the salt of impurities.

Bay Salt:  Another word for sea salt.  It comes from evaporated sea water, and contains minute amounts of magnesium, calcium, and other minerals.

Rock Salt:  Mined from deposits in the earth and not sold for use directly on food.  Used mainly for old fashioned ice cream machines and deicing roads.

Pickling Salt Used for brining pickles and sauerkraut.  Virtually 100% sodium chloride, it's the purest of salts.

Himalayan salt is rock salt from Pakistan. The pink color is due to the presence of iron oxide.

There is a fair amount of debate over which is the healthiest type of salt to use in our diet.  What we call table salt has been purified down so far that it only contains sodium and chloride.  It is "chemically cleaned" and important minerals and trace elements are missing.  Add in the anticaking agents and additional iodine that is added and you are left with a very man made (as opposed to natural) product.  The healthiest type of salt will be one that is minimally processed and as close to it's natural state as possible. For a better selection of minimally processed salts, check out online sites like The San Fransisco Salt Company.

Which types of salt do you use?