I receive large amounts of SPAM emails on a daily basis.  There are about a million people telling me I have won various international lotteries or close friends who have suddenly become stranded in foreign countries and need money.  Apparently many, many individuals feel that I need to improve my sex life with Viagra...despite the fact that I don't have the right parts for that to be an effective therapy.  Most of it just gets filtered out of my inbox and into my SPAM folder but a few of them make it through and are titled creatively enough to make me actually open them.

Last week, I received an interesting notice regarding the places people most often enjoy having sex and I admit...I was curious.  I mean, how many places can a person actually HAVE sex without getting arrested or psychologically scarring small children?  You might be surprised... 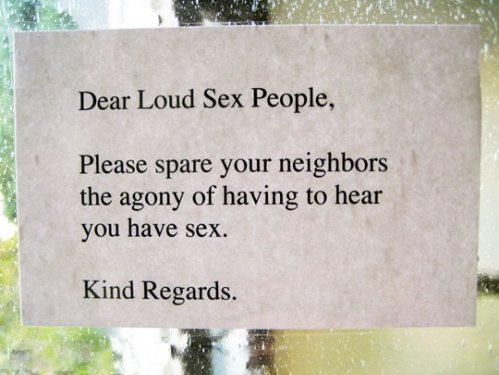 America’s favorite place to have sex just happens to be:

Since that adds up to 100%, where are the people who think having sex in their own beds is exciting enough?  Because I was bored (and decided I needed to see what Google thought of these results) I did a little further investigating into this matter. Here are just a few of the odd results:

1. A Dutch couple was arrested for having sex on a police car...one that actually had police officers still in it.

2. In 1916, the first ever known case of sex on a plane resulted in a plane crash ....because it was the pilot who was actually  having sex.

3. A Florida couple climbed up on a crane in broad daylight to have sex....yes, they were caught in the act.  Apparently, a naked foot was spotted sticking out of the railing and the concerned members of the public called the  police.

4.  A couple in Cesena, Italy were caught in a very delicate situation in the confessional booth during morning mass.  Apparently the noise was interfering with the sermon.

5.  A couple was spotted by beach goers struggling, fighting for their lives and almost drowning in the ocean. However, after a rescue helicopter was dispatched along with a lifeboat and police officers, it turns out that the couple wasn't drowning, but  having sex.

Well, clearly, my sex life is nowhere near exciting enough if it doesn't involve rescue helicopters or positions that may very well result in falling to my death! I'm not sure if I'm willing to be the gossip of the neighborhood by getting arrested for public indecency so I don't see any intimate moments on top of police cars in my near future.

Have you ever indulged in a little bit of public indecency?