Posts feature partner companies & may be sponsored. Post contains affiliate links & I will be compensated if you make a purchase after clicking on links.

When I was pregnant with my first child I really wanted a boy.  I had grand dreams of my older son watching over his little sister like her own personal guardian angel. In turn, she would gaze at him adoringly and think of him as something of an idol and loving protector.  Well, I got the boy first, and 2 years later my daughter was born but all those dreams flew out the window when my son showed zero interest in her what so ever.  Over the last 14 years they have alternated between "Hey, come play with me" to "Get the hell out of my room" with a few other choice phrases thrown in for good measure.  I have discovered that there is a huge difference between raising boys vs raising girls, although I am not sure if it is a gender difference or just unique traits of each child. Both boys and girls have their own individual challenges when it comes to raising them and I am curious as to which one is going to send me right over the edge to the looney bin first! 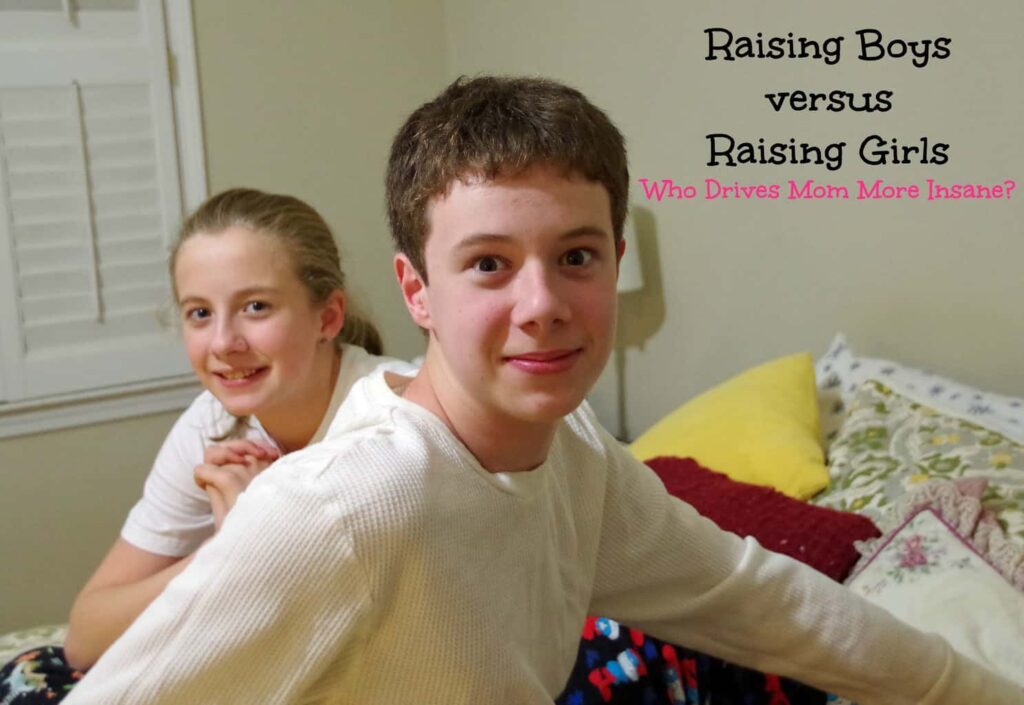 I have discovered, at least amongst my own children, that boys are very 'hands on' when it comes to learning.  When I say to my son "Honey, don't touch that because it's hot" he immediately asks "HOW hot?" while reaching out to stick his finger on the stove top.  Then there is that split second where I am diving at my kid trying to rescue him from third degree burns while he giggles uncontrollably.  Tell me daughter that something is hot?  "Thanks for the warning, mom" and no injuries need to be tended to.  So, keep this in mind when trying to educate your children.  Book work may be fine and dandy for some kids but most of the boys I know do better with 'learning through play' where they can touch things along the way.  Preferably things that won't break. 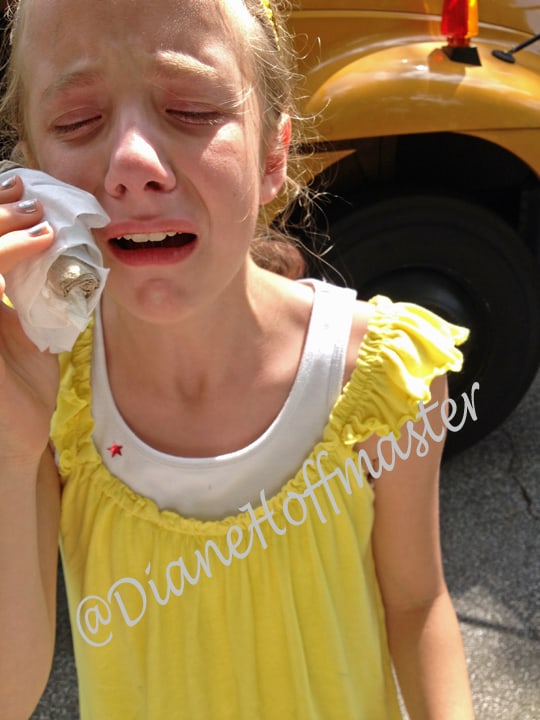 My son has always been a "What happens when I do THIS" kind of kid. He once gave himself a wedgie just to see what it felt like.  And this is the kid that they put in the gifted program?  Starting to wonder about that!  Despite his constant pushing of buttons and flipping of switches, I have found that boys are much lower maintenance than girls when it comes to emotions.  Girls have the emotional roller coaster down pat and from an early age, DRAMA lived in my house.  One day, my daughter got poked with a stick by her loving and protecting older brother.  There was a scratch on her eyelid.  A trip to the doctor assured us that the stick had NOT touched her eye.  We got home and the first thing she did was head to the bathroom to check out the damage.  She immediately screamed out "I can't SEE", clutched her eye in agony and dropped to the floor.  I kid you not!  DRAMA surrounds girls from an early age.  I try to ignore it, downplay it, rationalize it or otherwise stomp it out.  But, if you are raising girls you are going to have to accept that drama exists. 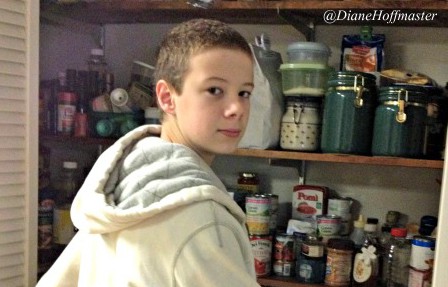 I have discovered one big difference between raising boys vs raising girls...attention to detail.  My son is not a detail oriented kind of kid.  He grabs pants and shirts without concern for color or fashion rules.  As long as he isn't naked nothing else seems to register. He forgets to do things that I told him to do within 30 seconds of me giving him instructions.  He has been known to leave for guitar lessons without his guitar.  He does NOT, however, forget anything related to food.  Ever!  My daughter, on the other hand, is extremely detail oriented.  She has been know to match her earings to her flipflops, remembers to give me school forms that need signing, and is usually the one reminding her BROTHER to do his chores.  That never goes over well.

I am curious whether you have noticed similar traits when raising boys vs raising girls.  Are your daughters all about the drama?  Do you boys care more about food than fashion?  Leave me a comment and share your experiences!  I could use all the help I can get over the next few years!  I can seriously see why some animals eat their young!