You may not have noticed but the blog has been a bit quite for the last couple of weeks.  That's because I was lucky enough to travel to London with my daughter and her high school band for the London New Year's Day parade. Traveling to London for the first time was both exciting and terrifying but the memories we made over the last week or so will hopefully last a lifetime for both of us.  I thought I would share my experience traveling to London in case you ever plan on going yourself.  There are so many things to do in London that I can't share everything we did but here are a few highlights. 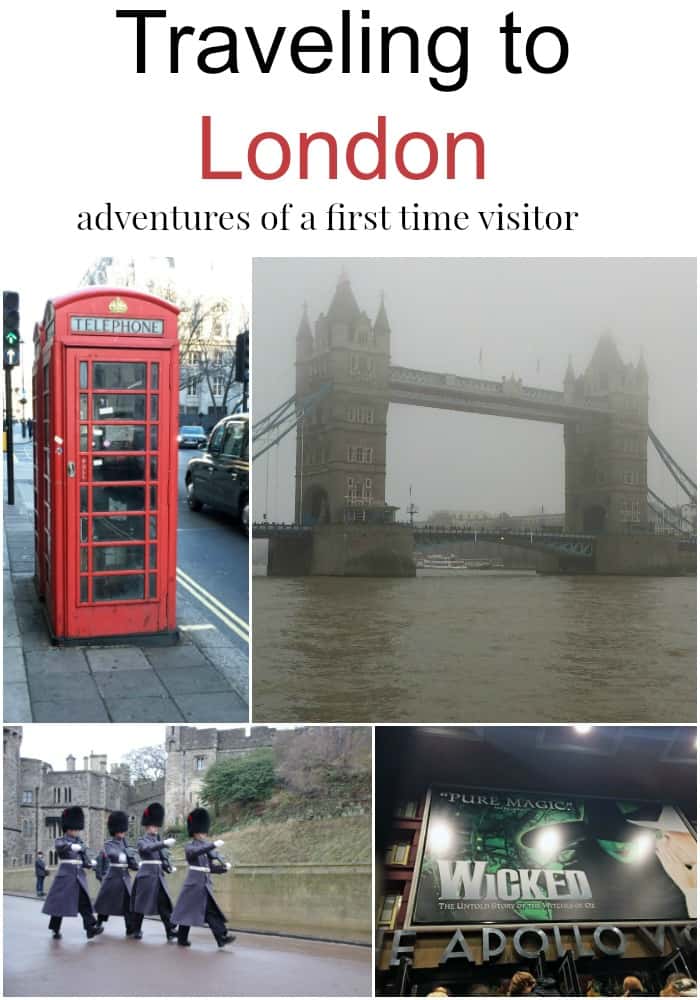 Traveling to London for the First Time

Traveling to London takes a REALLY long time.  I know that there are places much farther away than London but I am not a huge fan of air travel and we spent about 10 hours on airplanes since we didn't have a direct flight.  Not to mention the time we spent waiting in line at airports.  Seriously....traveling abroad is amazing but I really wish that someone would invent a transporter like they have in Star Trek to get me there. Once we got there, though, we were on the go the entire week and I wish we had stayed even longer!

I was fascinated by the littlest things.  Yes, cute red phone booths really do exist on the streets of London.  They offer free WiFi and are apparently great places for homeless people to store their belongings and for drunk people to pee in.  Cute to look at but don't think I will be using one anytime soon. 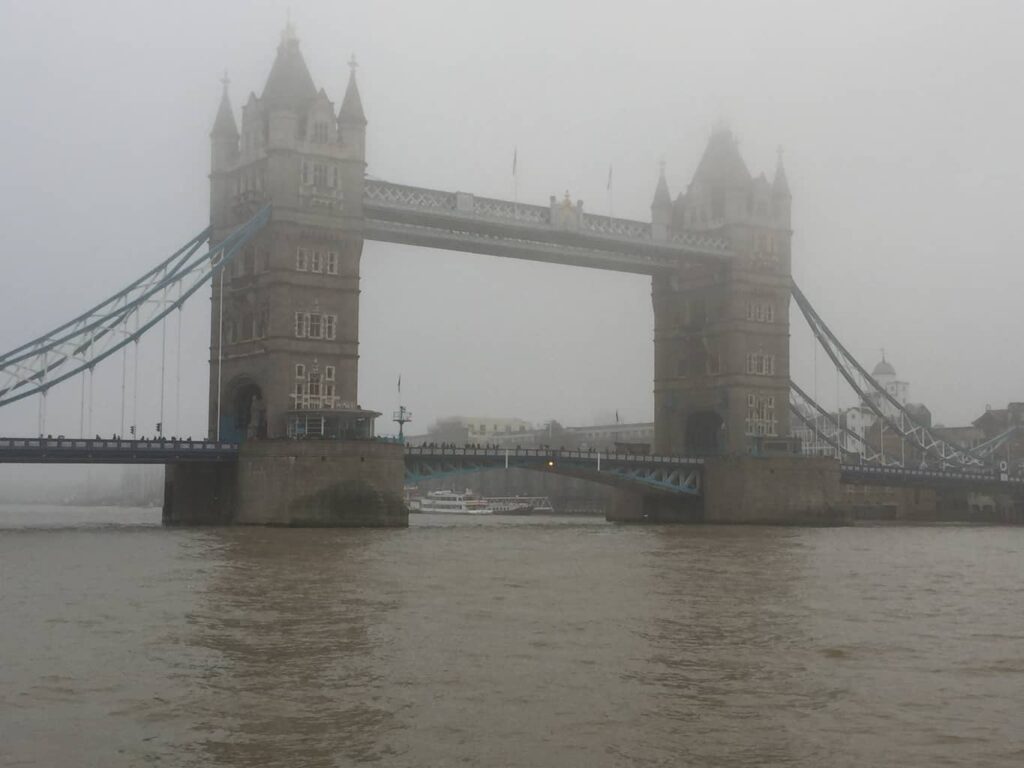 The weather in London in January is just as cold and dreary as I had heard it would be.  We had a few cold, chilly days that were mostly sunny but we also had fog and rain for a few days as well.  This is the famous Tower Bridge in London and I think the photo really shows off the true London weather of this time of year.  The morning of our ferry ride on the River Thames was so foggy they almost didn't let the boats run but we were lucky that the fog lifted a little bit before our time to board.  If you are heading to London, bring an umbrella.  And a raincoat.  As well as some waterproof boots and good gloves.  They aren't kidding when they say London is wet! 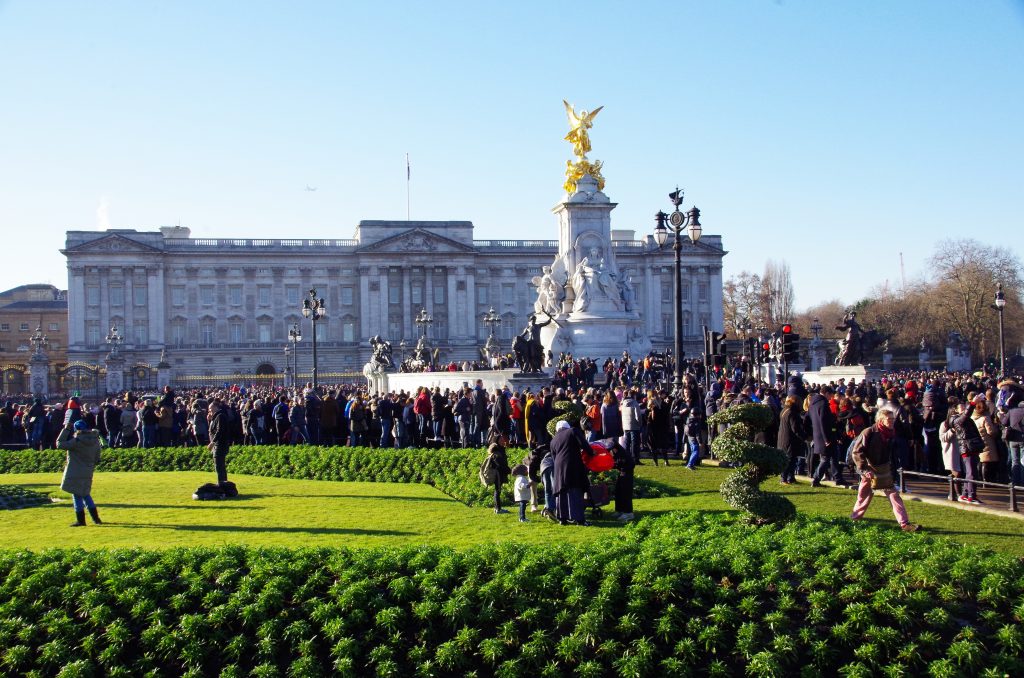 Traveling to London for the London New Years Day Parade meant that the crowds were insane.  Between the parade participants and people off of work for the holidays, I would definitely not choose to go at this time of year again.  Buckingham Palace (above) was so crowded we couldn't get anywhere near the Changing of the Guards which I was pretty bummed about.  The grounds are amazing and the palace itself is immense but there were so many people there it was just insane. 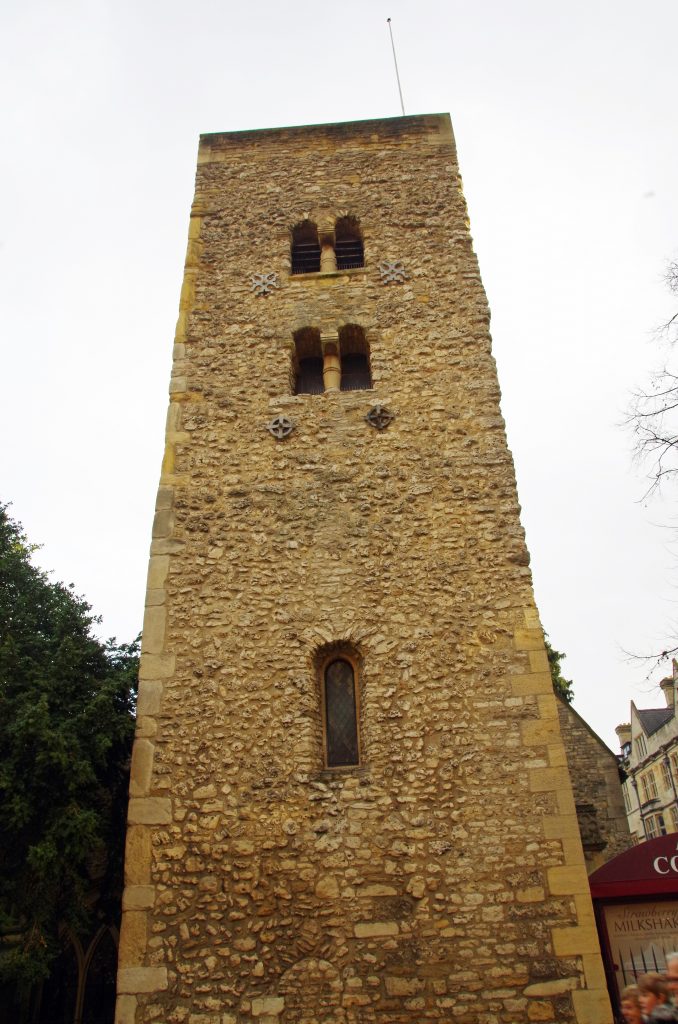 One thing really hit home while traveling to London for the first time.  London is REALLY old.  Seriously...this is an old Saxon tower in Oxford that is over 1000 years old. It is the oldest building in Oxford and dates back to 1040 AD.  The fact that there are entire buildings still standing from 1000 years ago seriously blows my mind.  Just think of the things this tower has stood through!  I definitely recommend checking out Oxford if you are in the London area.  We toured Christ Church College as well and the number of famous people that attended this college was impressive.  Who knew that Alice in Wonderland was such an old story and written by a professor of Christ Church College! You can just make out the image of Alice in the bottom left of this stained glass window inside the church. 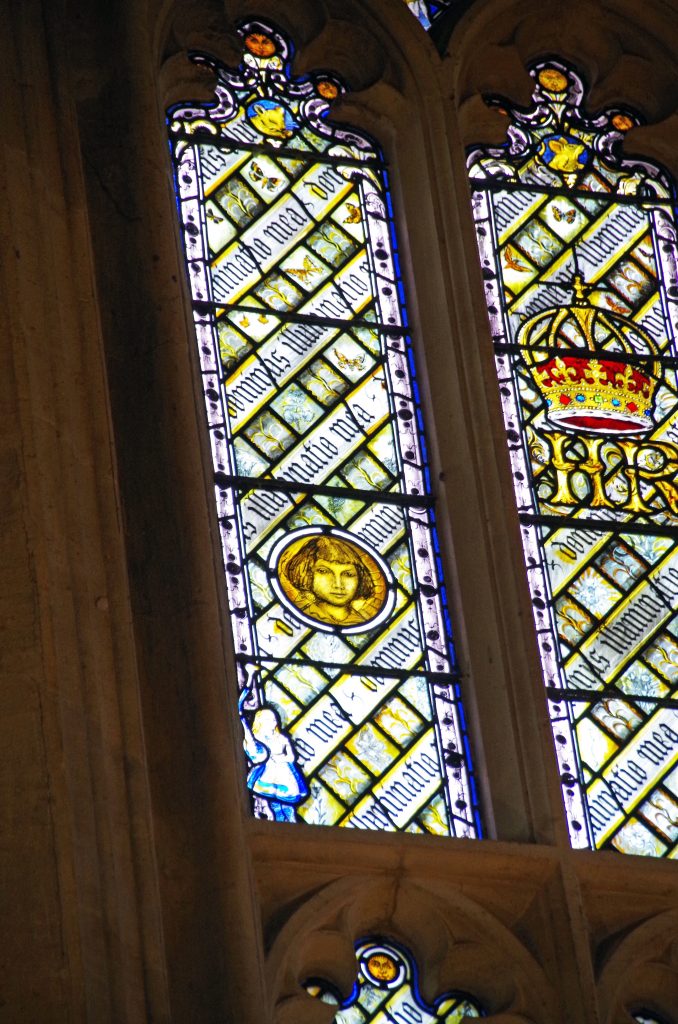 We only got about 2 hours to spend at Windsor Castle but I was in awe of the sheer SIZE of it.  How did people build such immense structures so long ago without all the modern construction equipment that we have today? Windsor Castle is the oldest and largest occupied castle in the world today and is 1000 years old.   Windsor Castle is the Queen's favorite weekend residence.  Seriously....she uses this castle as a weekend home.  That is insane.  The photo below is one tiny corner of the castle.  If someone wants to give me one little room in here, I would be a happy girl! 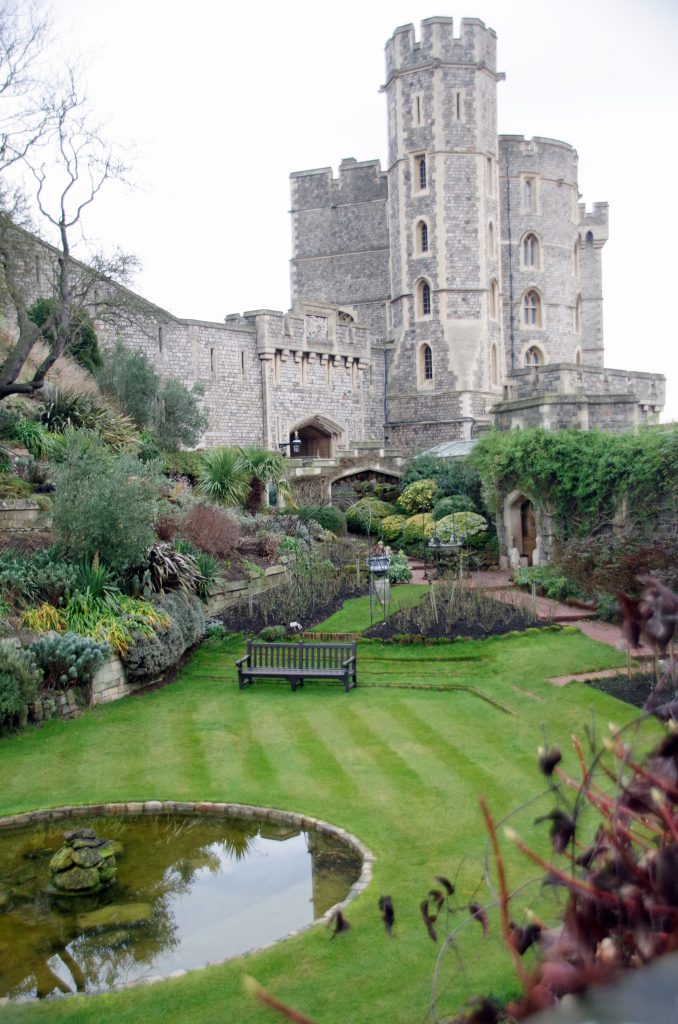 Getting around London required a ton of walking.  A few of the people on our trip had a Fitbit and they informed me that by day 3 of our journey, they had already logged over 11 miles worth of steps.  We spent most of our days traveling by foot and riding the tube.  I seriously wish that Atlanta had a tube system because it makes getting places much easier when you don't have to deal with traffic.  I downloaded a Tube App to help us find our way around without getting lost.  By the end of our trip, my daughter and I had mastered the art of riding the tube!  I highly recommend downloading the app, getting a tube map and hopping on board! 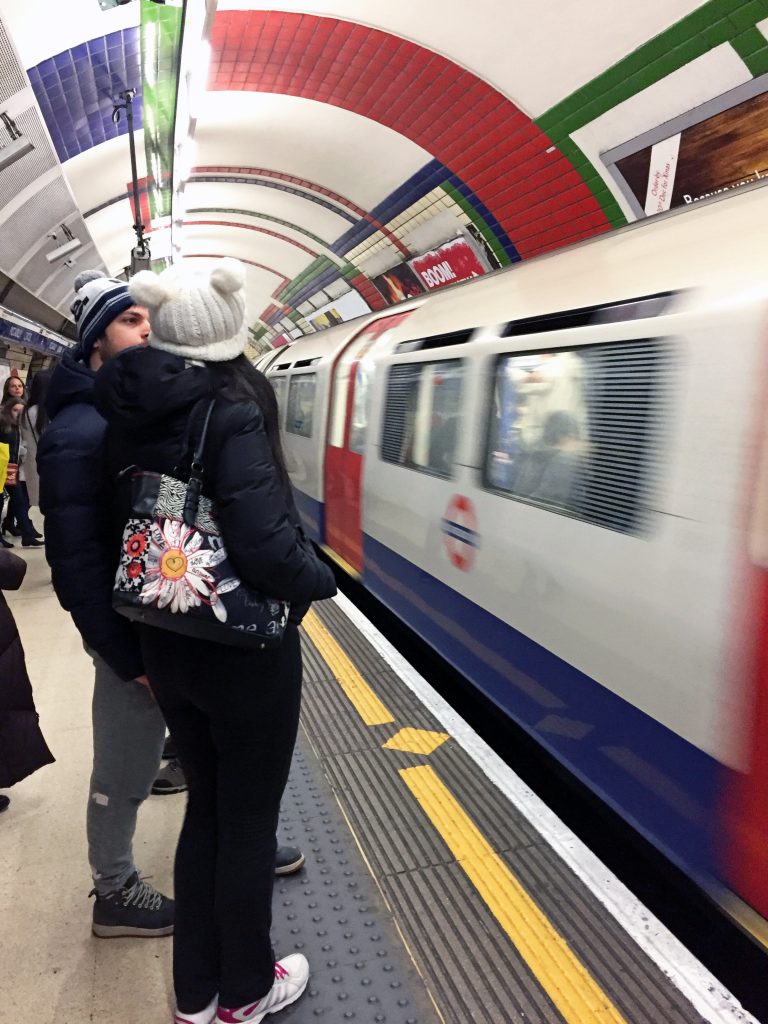 If you have time while you are in London, I encourage you to check out some of the theater productions that are running.  They have so many options to choose from and we decided to attend a performance of Wicked, which is basically the prequel to The Wizard of Oz.  The costumes were amazing and I loved every minute of it.  I'm not generally a theater kind of girl but there were people in jeans and it was a very relaxed and non-pretentious experience. 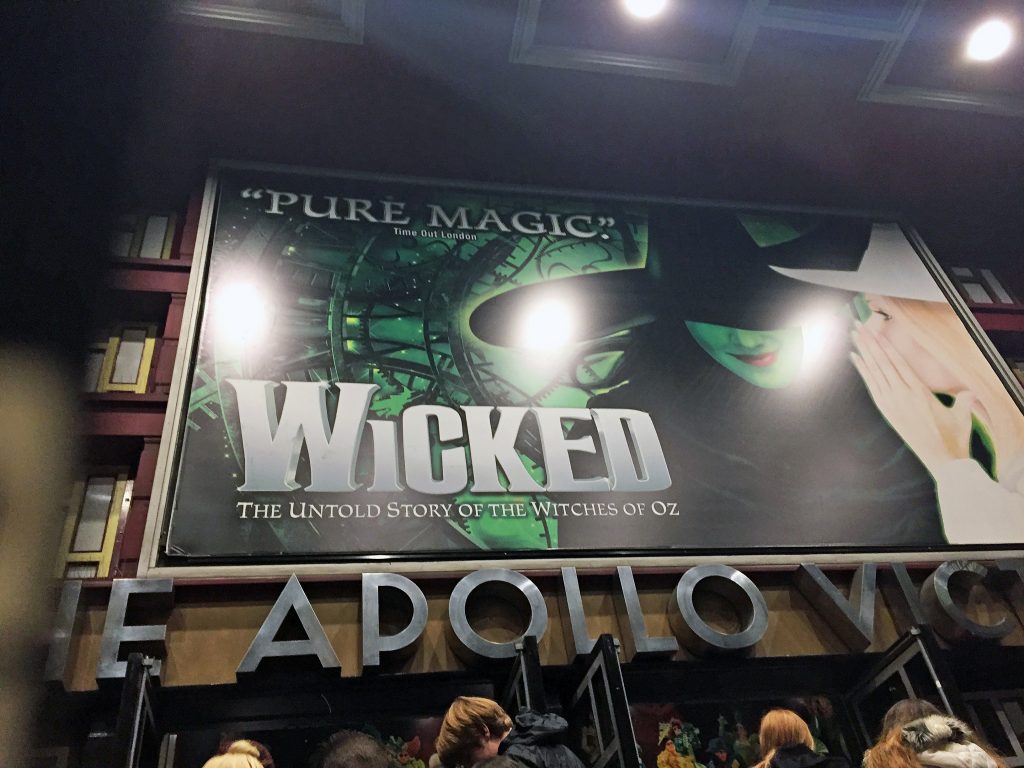 I honestly wished our trip to London was about three times longer than it actually was.  I feel like I barely scratched the surface when it comes to seeing all that London has to offer.  If you are planning on heading to London anytime soon, check out the official London Visitor Guide for a few more things to do in London!

Have you ever traveled to London?  What is on your 'must see' list?

« Honey Macaroonies: An Old Fashioned Cookie Recipe from Mom
How to Connect with Your Teen and Bring More Peace to Your Family »